After being out of the show ring since February 2008, Moose traveled to Atlanta, Georgia, in September 2008 to defend his 2007 Best In Specialty Show title. It was an amazing show, with a high number of actual working dogs entered, making it a true test for Honorable Judges Carl Vitner (sweepstakes Judge) and Dorothy Collier (judge for regular classes). Alaturka had two dogs from its line do very well. 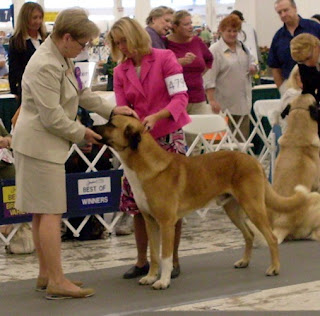 AWARD OF MERIT went to BISS CH Eiserntor AA Mustafa of Turkay (aka "Moose"). While Moose did not repeat his Breed Win a second year in a row, Linda and I are still very proud of this amazing boy!! Not many dogs can come right out of the pasture and still stand out in a show ring. With the competition that showed up at this show, we were thrilled the judge still saw Moose's special qualities. 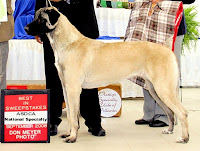 BEST PUPPY IN SWEEPS went to TILSIMLI'S FLASH FLOOD (aka "Kedi"), a puppy bitch sired by CH Horizon's Zafer (aka "Rocky") out of CH Alaturka Tilsimli Taksirata (aka "Sira" - bred by me in 2004). She is owned by Lindsay Zirkel & Jamie Beaver and bred by Jamie Beaver. I look for great things from this little girl in the future. 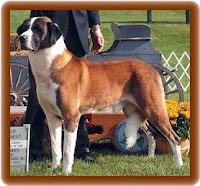 BEST VETERAN DOG & BEST STUD DOG went to CH Kandira's Encore (aka "Ernie" -- Moose's Sire & Kedi's Grandsire) owned by Debi Grunnah of Island Farm. Ernie is a spectacular dog that I fell in love with the first time I saw him at the 1999 ASDCA National Specialty when he was just 18mo old. I knew then that there would be few dogs that would stand out like Ernie does.

All in all the National Specialty show surpassed all our expectations. I was overjoyed to see Anatolian folk I had not seen for many many years ... it was a real treat to sit around and swap dog stories and catch up on each others doings over the years. I really miss these get togethers and talking with old friends. I cannot wait until next time!!
Posted by Alaturka at 5:31 PM