After discovering that Moose had 22 points towards his Grand Championship and since there still was no GrCH Anatolian, Linda & I decided we would try to make Moose the first one.  Unfortunately, there were no shows in Florida within a reasonable amount of time, so we looked around and found a three day show cluster in Atlanta, GA that would be held on August 27, 28 & 29.  Since Moose only needed 3 points and 2 champion wins to finish, we only entered him for Friday and Saturday.  This turned out to be very good strategy since there were some other dogs also very close to finishing that were also entered for Sat & Sun that same weekend.  As always, you can never know exactly what any judge would do, so we were on pins and needles both days waiting to see what the judge would do.  Judge Bernie Schwartz picked Moose pretty quick on Friday for BOB.  On Saturday, we got the shock of our lives when all of these absolutely gorgeous Anatolians showed up (Debbie Carlton, Nancy Wargas and Michelle Iberri had three very beautiful typey females; Viki Malone brought her handsome class male, and THREE GORGEOUS MALE SPECIALS came with Brian Lentini, Nancy Wargas and Ed DesChamps!).  We got to mix with all these dogs for a while before we were due in the ring and I was amazed at the absolutely wonderful temperaments all exhibited.  These were the nicest dogs Moose had been up against all year and we sat on our hands until Judge Toddy Clark gave Moose BOB and made him the FIRST AKC GRAND CHAMPION ANATOLIAN!!
Posted by Alaturka at 6:05 PM 1 comment:

Since our favorite judge was judging in West Palm Beach in July, Linda and I decided we would send Moose down there so she could see how he had matured since she gave him BEST IN SPECIALTY SHOW at the ASDCA National Specialty in 2007.  We were thrilled that she remembered him, and on July 10th, gave him his 13th BOB in a row and a WORKING GROUP 3!!  Thanks Judge Chris Walkowicz!  Then, on Sunday July 11th, he received his 14th BEST OF BREED win in a row under Honorable Judge Dr Donald Gill.  These wins gave him a strong hold as AKC's #1 Anatolian All Systems!
Posted by Alaturka at 3:05 PM No comments:

MOOSE IS BACK AFTER OUT FOR FOUR MONTHS

After being back in the Pasture and out of the show ring for four months, Moose fell in the rankings to #3 (still #1 All Breeds) in the Breed listings.  However on June 25, 26 and 27, he came back with a roar in Orlando, FL, to regain his #1 spot by taking his 10th, 11th and 12th BEST OF BREED WINS in a row under honorable judges Lee Canalizo, Jay Richardson and David McIntyre.  His handler, Cathy Pullian, does a great job with him in the ring.
Posted by Alaturka at 2:42 PM No comments:

MOOSE IS ON A ROLL IN FEBRUARY!

On the 27th and 28th of February in Tallahassee, Moose again took back to back BEST OF BREED wins, and was awarded a WORKING GROUP 4 by Honorable Judge Audry Lycan.

THANK YOU JUDGE LYCAN!!
Now, Moose can go home for a few months and rest on his laurels until his next show cluster this coming summer.
Linda and I are always amazed by this guy ... he never fails to surprise us.
Posted by Alaturka at 3:12 PM 1 comment:


After letting him be a full time Livestock Guardian for 2009, Linda & I decided to see if Moose still liked to show, so we entered him in the last five shows of the Florida Classic held in Brooksville on the 20th, 21st, 22nd, 23rd & 24th. I guess he decided he still likes it because he took BEST OF BREED all five days. To finish the month, we sent him to the Ocala shows held the 30th & 31st where he again took back to back BEST OF BREED wins. And, to add icing to the cake, he was awarded a WORKING GROUP 4 by Honorable Judge James White ... THANK YOU JUDGE WHITE!!
To cap the month .. Moose took 7 BOB out of 7 shows, plus a Group 4 ... how's that for jump starting the year!!
Posted by Alaturka at 2:29 PM No comments:

Another Great Christmas Present for 2009

This is a photo of Hali as a young dog at one of her first dog shows.


At the ASDCA National Specialty Show held in Napa, CA, on November 6, 2009, I had another very nice surprise. CH Alaturka's Havali Savasci was awarded BEST OPPOSITE SEX. After her BOB award at Eukanuba last year, this was a wonderful addition to her resume. Hali's rise in the dog show arena has been pretty amazing, considering that she is shown very little. All in all, I am very proud of this little girl who looks amazingly a lot like her mom, CH Alaturka SenRuya Eiserntor.
Posted by Alaturka at 8:27 PM No comments: 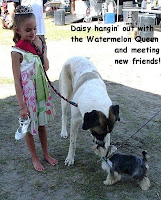 Over the last couple of months, my beautiful pinto Anatolian and I have gone to a couple of really great festivals held here in Florida.

The first was at the end of May when we went to the Watermelon Festival held every year in the small town of Newberry just west of Gainesville. There is a parade and lots of vendors with all kinds of handmade things to sell .... and Daisy's favorite thing ... lots and lots of children, along with lots of other dogs ... nothing makes her happier.

The parade had lots of floats, sirens, horses, and those little shriner cars ... a little kid's dream. Since it was so hot, after the parade, Daisy and I only stayed a little over an hour at the festival, which was held this year at the horse complex. But, we saw all the vendors and spent some time in the food court with all kinds of food for the hungry. Daisy even got a cone of ice from one of the vendors who became a devoted fan of hers in no time. 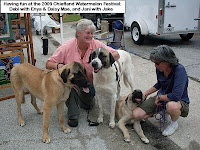 The second festival was the first weekend in June in Chiefland, my home town ... it was very similar to the one in Newberry, except there were a lot more vendors with just about everything you could think of to buy ... and, at this festival, my friends Debi and Jani brought puppies "Enya" and "Jake" as seen in this photo.
Posted by Alaturka at 5:37 PM No comments: 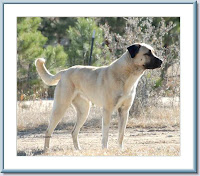 Posted by Alaturka at 7:22 AM No comments: